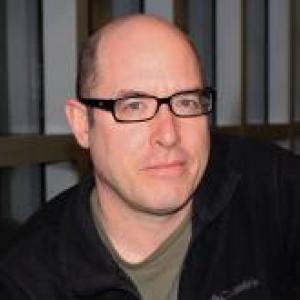 Concentration in an LSC is achieved without the use of focusing optics; instead, sunlight absorbed by the dye is emitted into the waveguide to travel by total internal reflection for collection at the perimeter. 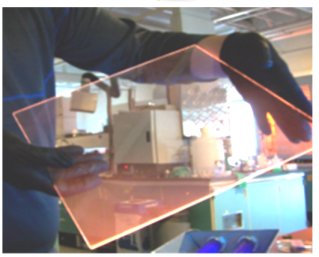 Consequently, LSCs require no solar tracking, can absorb light from all directions (including both diffuse and specular light), and offer the potential for higher energy concentration ratios than mirrors or lenses. Their ability to deliver high irradiance, narrow bandwidth light makes them particularly suitable for driving photovoltaics and semiconductor-based photocatalysts where matching of the dye's emission wavelength to the semiconductor bandgap can be used to improve efficiency and reduce operating temperature.  LSCs can also be made in a variety of colors and opacities, can be mechanically rigid or flexible, and are damage tolerant, offering the potential to reduce the cost of solar power while opening new applications. 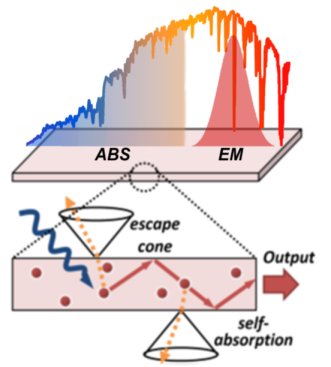 Though promising in theory, in practice the performance levels achieved by actual LSCs have previously been disappointing, primarily for three main reasons: (1) only a portion of incident sunlight is absorbed, determined by the integrated overlap of luminophore absorption and solar spectra; (2) only a portion of absorbed light is re-emitted, depending on the luminophore’s luminescence quantum yield; (3) only a portion of this emitted light is captured in the waveguide, with the remainder lost out the top or bottom escape cone defined by Snell’s Law. Most problematic of all is that losses from mechanisms (2) and (3) occur repetitively, since photons traveling within the waveguide may be re-absorbed and re-emitted by other luminophores multiple times before reaching an edge.  In a large LSC the optical pathlength can be very long, so even the smallest overlap between absorbance and emission spectra results in large self-absorption losses.  As a result, concentrator efficiency falls rapidly with the number of re-absorption / re-emission events, which is in turn determined by the overlap of luminophore absorption and emission spectra, and the device dimensions.

Over the past 30 years a number of approaches have been investigated to improve LSC performance.  Early work focused on luminophore photostability and solar spectrum matching.  More recent research has investigated the use of dichroic mirrors and other photonic structures to reduce escape-cone losses, and luminophore orientation to capture a greater proportion of emitted photons in guided modes.  However, the greatest share of attention has been given to reducing luminophore reabsorption, since it compounds most other loss mechanisms.  Toward this end a wide range of materials and strategies have been investigated, including (i) large Stokes shift organic fluorophores and phosphorescent organometallic complexes; (ii) Stokes shift enhancement by solid-state solvation; and (iii) luminescent semiconductor nanocrystals (e.g. "quantum dots"). However, each of these approaches present their own challenges, and it has proven difficult to produce a sufficiently large Stokes shift without sacrificing LQY, solar spectrum matching and/or light scattering losses. 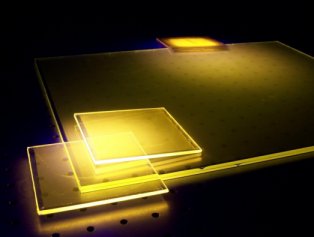 Our research is investigating new LSC materials and designs aimed at addressing these challenges to improve LSC efficiency.  One area of activity involves phosphor-doped semiconductor nanocrystal (NC) luminophores, which possess a wide spectral gap between the wavelengths at which they absorb and emit light, which virtually eliminating self-absorption.  Other advantages include broadband absorption tunable over a wide spectral range through composition and size control, large extinction coefficients, minimal concentration quenching, and higher resistance to photo-oxidation than most organic dyes or undoped nanocrystals. The small size of doped NCs also reduce scattering losses relative to larger luminophores. Depending on the semiconductor, NCs can be made from low cost, nontoxic, Earth-abundant starting materials, and they are compatible with low-cost solution-based synthesis and processing techniques for commercial-scale production.  A second area of research is investigating luminophore orientation to reduce escape cone losses through emission at preferential directions into guided modes.  We have shown, for example, that by orienting the emission moment perpendicular to the waveguide escape cone losses can be reduced by over half.  A third focus of this research aims at developing chemistries to enable incorporation of dyes into a new generation of more transparent polymers. In addition to research on improving solar concentrators, we also investigate applications of LSCs for photovoltaic and photochemical energy conversion, as well as energy harvesting solar windows. 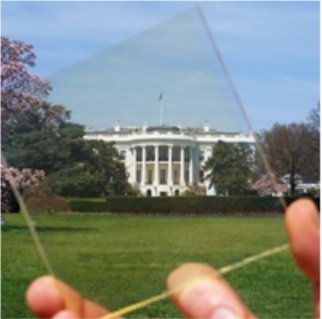 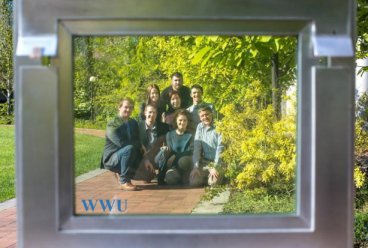